How to Get Relief From Ringing Ears 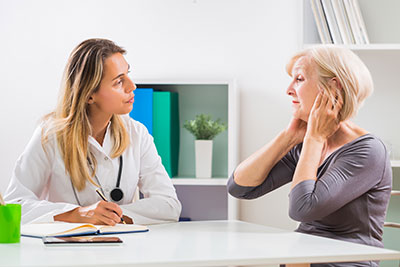 Tinnitus can range anywhere from annoying to disruptive. Knowing the root causes behind tinnitus can help you decide on an effective way to treat it.

If you’ve experienced ringing of the ears, it’s likely not helpful to know that it is a common occurrence for a large number of people. Tinnitus can range anywhere from annoying to disruptive. Knowing the root causes behind tinnitus can help you decide on an effective way to treat it.

What Is Tinnitus?
Tinnitus is the perception of a number of repetitive sounds in the ear. Those experiencing tinnitus have listed roaring, buzzing, clicking, and hissing in addition to the traditional ringing. Tinnitus may seem barely audible or unbearably loud, and have a high or low pitch.

It can affect concentration, disrupt sleep, and prevent you from hearing actual sounds. Since tinnitus isn’t a medical problem on its own – rather, a symptom of an underlying issue – it can be difficult to treat until the underlying issue is identified.

Subjective tinnitus may result from:

Inner ear damage – tiny hairs in your inner ear trigger electric signals to your brain to produce sound. Damage to these hairs can cause random sound signals to filter to your brain, producing constant perceived sounds.

Age – hearing loss related to age is a common source of tinnitus for those over 60.

Ear wax or other blockage – blockage in your ear canal, usually by ear wax accumulation, can lead to temporary hearing loss or irritate the eardrum, both of which can cause tinnitus.

Otosclerosis – this stiffening of the tiny bones in your ear can cause tinnitus and hearing loss.

TMJ – disorders of the temporomandibular joint, where the jaw bone connects with the skull, can cause tinnitus.

Head and neck injuries – trauma can affect the hairs of the inner ear or parts of the brain that affect hearing.

Exposure to loud noises – loud sounds such as a rock concert or a jet engine can result in short-term tinnitus. Repeated exposure over long periods of time can result in persistent tinnitus.

How Can I Treat Tinnitus?
Treatment of tinnitus involves addressing the initial cause of the tinnitus. In cases of advanced ear wax or short-term exposure to noise, reducing the earwax and avoiding loud noises over time, can reduce the effects of tinnitus. Similarly, treatment of TMJ and the blood vessel disorders of objective tinnitus may help reduce the associated tinnitus.

However, tinnitus related to hearing loss, long term exposure to noise, otosclerosis, and inner ear damage does not have a direct cure. Instead, therapies are aimed at reducing the perceived intensity of tinnitus. These therapies can include:

Sound therapies – over time, people can learn to counteract the perceived sounds with actual sound, or mask tinnitus with sound.

Behavioral therapies – there may be benefits to addressing how you react to continued tinnitus and controlling those reactions.

If tinnitus is disrupting your life, it’s time to see a doctor. While you may not be able to cure your tinnitus, finding its root cause can help you get on your way to minimizing its effects.