Hearing Loss in Veterans: The Long Term Effects of Explosions and Loud Noises 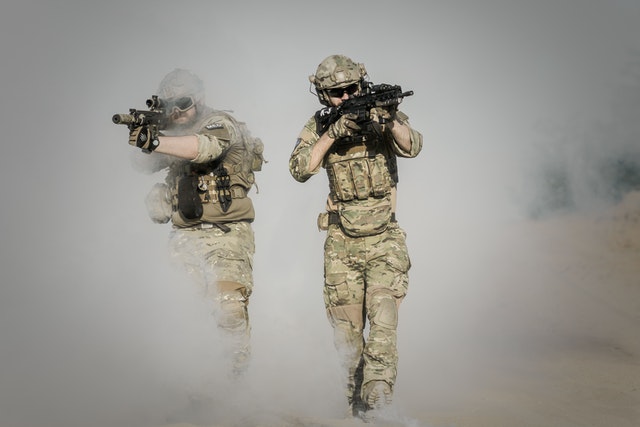 Did you know that veterans are at a higher risk of losing their hearing than individuals in most other occupations? After returning from their service in the combat zones, many veterans experience loss of hearing and tinnitus. The figures revealed by the US Department of Veterans Affairs also prove that hearing loss in veterans is alarmingly common.

According to the stats released in 2014, more than 933,000 veterans received disability benefits for hearing loss. The number of veterans receiving compensation for tinnitus was even higher, exceeding 1.3 million.

Exposure to blasts is the leading cause behind veterans experiencing hearing loss. The loud noise from weapons, armored vehicles, helicopters, fighter planes, and jet-propulsion fuel are also among the most prevalent reasons for hearing loss due to military service.

A one-time exposure to loud sounds can damage the cells in the cochlea, also known as the inner ear. This damage may lead to a temporary hearing loss. However, listening to these loud noises constantly for a long time can damage the hair cells and the acoustic nerves that carry information from the inner ear to the nervous system. This damage to the auditory neural system generally lasts a lifetime.

These loud noises cause tinnitus and hearing loss in veterans. They can also result in Auditory Processing Disorder (APD), which is considered a learning disability. Furthermore, blast waves can cause traumatic brain injuries, affecting the veterans’ quality of life.

In some situations, hearing loss isn’t immediately apparent. The earlier examinations for the veterans hearing loss compensation claims may not show any damage, but it can have a delayed impact. Many veterans may develop hearing problems later in their lives, even though they are not exposed to loud noises and explosions anymore.

Signs of Hearing Loss in Veterans

When it comes to hearing loss due to military service, these are some of the most common signs:

Hearing loss in veterans can be both temporary and permanent. Exposure to blasts and other loud noises can impact the auditory nerves of the soldiers, resulting in long-lasting damage.

If you or someone you love is struggling with hearing loss, please feel free to schedule an appointment with Bay Area Audiology by calling (281) 332-4575.